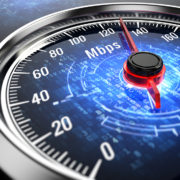 We recently had Google Fiber installed in our house. As a little backstory, our house is about 30 years old and has seen at least three different cable companies come through and run cables. To say our cabling was a rat’s nest is probably an understatement. The Google Fiber installation tech came in and quickly realized he needed some help. Instead of rescheduling, someone showed up within 20 minutes to help him. Both were extremely polite and professional. Did I mention that neither of them were an employee for Google? They were subcontractors and really represented Google in a professional way. Once they were done, the technician walked me through everything and made sure I knew how to use all of the new equipment.

Shortly after they left, I realized that one (out of many) of the network cables was not connecting. Not a huge deal since 99% of the house would be using the blazing fast wireless network. However, we do have an office that used a switch to connect equipment. I’d prefer for that part to be wired. I was not upset considering the mess the technicians had to work with for the installation. I scheduled a follow-up visit to get my issue resolved.

The second crew came in a few days to fix this issue. I was surprised when he said he was going to go through my whole cabling setup to confirm everything was good and to see if he could improve the initial setup. Again, very professional and courteous the whole time. While he worked on that, the other technician fixed my wired setup issue. Usually in these situations when a follow-up crew fixes a problem left behind by another crew, the “clean-up” crew may say some negative things about the first crew. Not these guys. They were very complimentary of the first group and really spoke positively about everything. They were excellent ambassadors for Google. I continued to get more impressed.

Later that night, we received an email from Google saying they were going to credit our account for the time we were without some of our service. I was astonished. An unsolicited credit to compensate for our problems. Frankly, since our wireless worked the whole time, we really were not inconvenienced by the issue. This is a great example of how a company can, and should, handle unfortunate situations that arise. Google really impressed me, especially for a company of their size. They have a great product, really strong ambassadors for their company, and, at least for us, very loyal customers.

This was a great lesson for me, as a business owner, on how to effectively provide a valued service, find the best ambassadors, and treat customers appropriately. 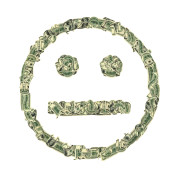 Customer Service - Is Your Smiler Broke?

This site uses cookies. By continuing to browse the site, you are agreeing to our use of cookies.

We may request cookies to be set on your device. We use cookies to let us know when you visit our websites, how you interact with us, to enrich your user experience, and to customize your relationship with our website.

Click on the different category headings to find out more. You can also change some of your preferences. Note that blocking some types of cookies may impact your experience on our websites and the services we are able to offer.

These cookies are strictly necessary to provide you with services available through our website and to use some of its features.

Because these cookies are strictly necessary to deliver the website, refuseing them will have impact how our site functions. You always can block or delete cookies by changing your browser settings and force blocking all cookies on this website. But this will always prompt you to accept/refuse cookies when revisiting our site.

We fully respect if you want to refuse cookies but to avoid asking you again and again kindly allow us to store a cookie for that. You are free to opt out any time or opt in for other cookies to get a better experience. If you refuse cookies we will remove all set cookies in our domain.

We provide you with a list of stored cookies on your computer in our domain so you can check what we stored. Due to security reasons we are not able to show or modify cookies from other domains. You can check these in your browser security settings.

These cookies collect information that is used either in aggregate form to help us understand how our website is being used or how effective our marketing campaigns are, or to help us customize our website and application for you in order to enhance your experience.

If you do not want that we track your visit to our site you can disable tracking in your browser here:

We also use different external services like Google Webfonts, Google Maps, and external Video providers. Since these providers may collect personal data like your IP address we allow you to block them here. Please be aware that this might heavily reduce the functionality and appearance of our site. Changes will take effect once you reload the page.

The following cookies are also needed - You can choose if you want to allow them: